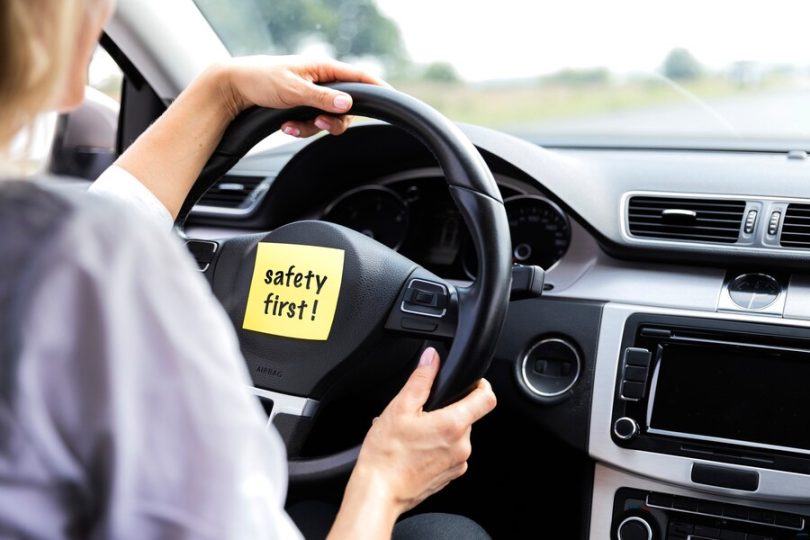 Ten tips to keep teens safe behind the wheel

(ARA) – Waiting for a teen driver to return home safely probably causes the most anxiety and lost sleep for parents. And with good reason – car accidents are the leading cause of death among teenagers, accounting for 35 percent of all fatalities among young people 15 to 20 years old, according to the National Highway Transportation Safety Administration.

While statistically teen deaths related to motor vehicle crashes have declined over the last several years, a dark cloud remains over the alarming rate of deaths among teen drivers, who are four times more likely to die in a car accident than drivers 25 years or older. That, combined with a surge in the number of young drivers – the children of baby boomers – who are taking to the roads, is leading more states to institute tougher teen driving regulations. Measures range from graduated licenses to a ban on the use of cell phones while driving for teen drivers, according to Findlaw.com, a leading online source of legal information.

Besides keeping teens safer when they’re behind the wheel, the new, tougher regulations also aim to get parents more engaged in helping their teens learn the rules of the road.

Findlaw.com offers 10 tips to help protect your teen driver from an accident.

During the first 500 miles of driving, teen drivers are 10 times more likely to be in auto crashes than any other age group. Driving requires mental and physical skills that can only be honed with time on the road. That’s why it’s essential for teen drivers to get professional training and why more states are issuing graduated licenses that require teens to drive with their parents for an extended length of time before being eligible to drive on their own.

Parents should consider creating a safe-driving contract with new drivers to build safe driving habits. Have clear, consistent consequences when your teens do something inappropriate while driving so they understand their boundaries as drivers. The focus of such a contract should be on removing distractions, such as cell phones or eating in the car, which may divert a teen driver’s attention from the road, and keeping teen drivers off the roads at particularly risky times of the day (after 10 p.m. and before 6 a.m.).

3. No cell phones. Texting while driving is banned in 26 states and D.C. :

and an additional eight states prohibit text messaging by minor drivers, according to the Governors Highway Safety Association. Six states prohibit all drivers from using handheld phones while driving. Make sure you and your teen driver are familiar with your state’s laws on mobile devices and driving.

Fifty-five percent of teens killed in automobile accidents in 2008 were not wearing seatbelts, according to the National Highway Traffic Safety Administration. Wearing a seatbelt is not only a good idea, in a growing number of states, it’s the law – 31 states have primary seat belt laws and 18 have secondary laws, according to Findlaw.com.

Parents should try to limit the number of passengers in their teen’s car, especially those younger than 18. Some states even have laws that do not allow minor passengers to be in the vehicle for the first six months after a new teen driver receives his or her license.

Teens can be more distracted at night. A study done by NHTSA finds that nighttime, especially after 10 p.m., is one of the riskiest times of the day to drive for teens. Check state and local city laws regarding curfews as some states impose curfews on teen driving.

7. No drinking and driving :

On average, a drunk driver kills someone every 45 minutes, according to Mothers Against Drunk Driving (MADD). Help your teen find other solutions to drinking and driving, especially responding to peer pressure to drink. Lead by example and show your kids it’s never okay to drink and drive.

8. Make sure your teen gets sleep :

According to the National Sleep Foundation, most teens need at least nine hours of sleep. Sleep deprived teens can drive like someone who is impaired by a blood alcohol content of .08 percent. Don’t let your teen drive if they are feeling drowsy. Offer to drive them or let them sleep more before driving. Drowsy driving causes more than 100,000 car crashes each year.

Your teen will never know what challenges he will face on the road. Make sure he is able to handle snow, wind, and rain. Ride along with her during a storm before she has to face this challenge alone.

You never know what tools you will need after an accident, and it’s better to always be prepared. Some ideas for your accident kit: a disposable camera, flashlight, glowstick, pen and personal info sheet to list all of your insurance information and personal details. You may also include info cards and witness cards to collect license plate numbers, insurance details, and other information from all cars, drivers and witnesses involved in an accident.